PRACTICE AND THEORY OF THE COMMENTARY

The poet and writer Cristina Campo (Vittoria Guerrini, 1923-1977) is primarily known in Italy as a translator, especially of modernist poetic works and the writings of Simone Weil. Translation was for her an essential task and experience. As Margherita Pieracci Harwell recalls, “the hospitality offered to the poet to be translated, this self-emptying of the interpreter (a participatory offering, in which all the powers of her genius are stretched to the extreme because the other’s voice lives without distortions)—Cristina more than anyone proposed this as a goal.”

This volume proposes to reflect on this interface of reading and writing by focusing on the commentarial potential of Campo’s work, whose penetrating quality of attention flashes like a spark across the “margin between the thing to be transmitted and the act of transmission” (Agamben). As the alienation of this margin in modernity is evidenced by “the loss of the commentary and the gloss as creative forms” (Agamben), so does the close reading of Campo’s texts hold the promise of a temporary suspension of this alienation. Likewise, “the only non-frivolous attitude” in our “age of purely horizontal progress” is figured for Campo by the one who, even while standing in line for the guillotine, remains reading a book (“The Unforgiveable”). In this epoch, like no other “so obsessed by its own past and so unable to create a vital relationship with it” (Agamben), Campo’s dedication to the “sapore massimo d’ogni parola” [maximum savor of each word] elicits the attention, the love, of the glossator.

In a contemporary context in which the disconnection between the old and the new makes both strictly inaccessible, Cristina Campo’s work stands like a diamond point through which one may reflect on the multitemporal (and eternal) dimension of writing. As Emanuele Coccia observes, what we call tradition is nothing but the pocket of time which the delay of its revelation continues to fill—a delay to which commentary holds a special relation: “that which takes place in a comment is a peculiar suspension of this delay … commentary represents a most refined technique of articulating and contracting the times in which every language lives.”

For this volume of Glossator, the editors are seeking contributions in the form of:

The volume will include a translation of “Gli Imperdonabili,” with comments by the editors.

Proposals of 300-500 words should be emailed to the editors: glossatori AT gmail DOT com

Submissions in Italian will also be considered.

Before submitting a proposal, please review the journal’s guidelines.

You in the dinghy (piccioletta) astern there! (CIX/788)

Some Contexts for Canto XCVI
Richard Parker (University of Surrey)

‘To the king onely to put value’: Monarchy and Commons in Pound’s Canto CIX
Alex Niven (University of Newcastle) 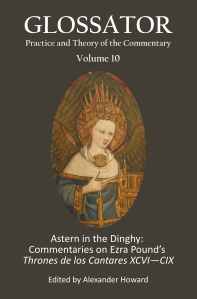 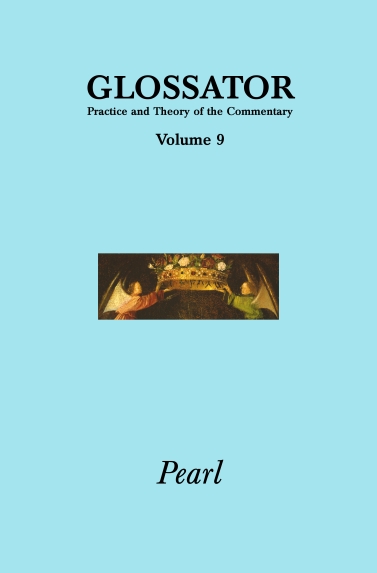 The Arbor and the Pearl: Encapsulating Meaning in “Spot” –  William M. Storm

“Pyȝt”: Ornament, Place, and Site – A Commentary on the Fourth Fitt of Pearl –  Daniel C. Remein

“Ther is no date”: The Middle English Pearl and its Work – Walter Wadiak

Out, Out, Damned Spot: Mote in Pearl and the Poems of the Pearl Manuscript –  Karen Bollermann

Delyt and Desire: Ways of Seeing in Pearl –  Anne Baden-Daintree

Marianne Moore’s indictment of her own craft remains to this day a shrewd affront to critical exegesis. Piqued by ‘the immovable critic’, she treads a fine line in ‘Poetry’ between approbation and displeasure, a feeling entangled in the confession that ‘we do not admire what / we cannot understand’. Notwithstanding her penchant for axioms of this sort, Moore inclines elsewhere to a mode of expression that is dense, riddling and allusive; a poetics fit for sustained ‘inspection’, perhaps, but one whose fluid textual condition also resists ‘high sounding interpretation’. Given Moore’s tendency to revise published material – shuffling, redacting, reworking, restoring – it has often been difficult to say what ‘all this fiddle’ amounts to.

In taking Moore’s doubts about interpretation seriously, this special issue of Glossator proposes a broad approach to her verse and the stylistics of commentary. Glossing, annotating, doodling, and footnoting – Moore was always sensitive to smaller forms of labour and textual diversion, and the apparatus of her Collected Poems (‘A Note on the Notes’) bears witness to a bashful enthusiasm for marginalia, for ‘provisos, detainments, and postscripts’. Glossator welcomes contributions of two kinds, then: essays about the commentarial mode; and actual commentaries, queries and notes on particular poems.

Essays of 4000-6000 words may explore, but are not limited to, the following texts and topics:

Contributors are encouraged to consult the journal’s general guidelines for commentary, which are detailed in the About section, and to peruse the journal’s Archive. If you are interested in contributing to this volume, please send a brief abstract to Dr Edward Allen, the issue editor, at ejfa2@cam.ac.uk

Kafka’s Zurau Aphorisms — Michael Cisco
Sensuous and Scholarly Reading in Keats’s ‘On First Looking into Chapman’s Homer’ — Thomas Day
Notes to Stephen Rodefer’s Four Lectures (1982) — Ian Heames
Ornate and Explosive Grief: A Comparative Commentary on Frank O’Hara’s “In Memory of My Feelings” and “To Hell with It”, Incorporating a Substantial Gloss on the Serpent in the Poetry of Paul Valéry, and a Theoretical Excursus on Ornate Poetics — Sam Ladkin
On In Memory of Your Occult Convolutions — Richard Parker 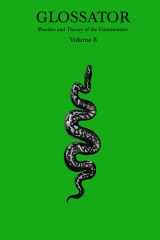